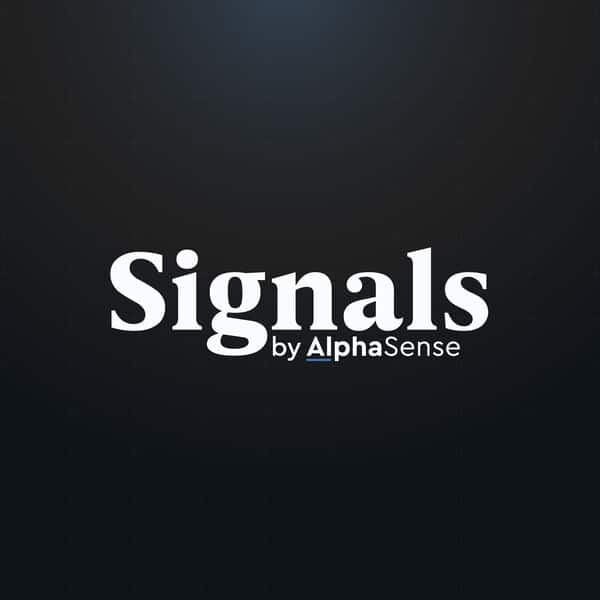 We invited Miriam Gottfried, the private equity reporter at The Wall Street Journal, to join us on the first episode of Signals by AlphaSense. Miriam and our host Nick Mazing, the Director of Research at AlphaSense, discuss the biggest trends in private equity today.

So, if you want to learn more, keep reading or tune in to the first episode of AlphaSense’s Signals podcast.

Listen to this episode on Apple, Spotify, Google

🎙️Public markets don’t like unpredictable fee streams. Instead, they want diversified, recurring revenues from more permanent pools of capital. That’s why PE managers that go public must approach growth differently from when they were private and raising funds was enough for growth. ”When these firms first went public, they were not successful public companies because they were growing, but their assets or fee streams were too irregular for the public markets because many of them were based on the performance of their investments. […] As the years went by, the publicly traded firms branched out more into asset classes beyond private equity — where they could amass permanent or perpetual capital.”

🎙️Banking disintermediation led to the rise of private credit options. When borrowers don’t go to banks for loans but directly to a capital market, that is known as banking disintermediation. The financial crisis is the main, but not the only, driver of companies seeking alternative credit forms. ”Apollo is the prime example of the beneficiary of that. As Mark Rowan, the CEO of Apollo, likes to say: in credit, the opportunity is vast because the returns are lower, and there are so many different pockets of returns that you can go after. And as long as the risk-return profile is what your investor is expecting, then the world is your oyster.”

🎙️The democratization of PE products is ongoing. The core idea is to bring large pools of assets to alternative asset managers to manage. This includes retirement accounts, reinsurance companies, private REITs, and “the everyday wealthy.” ”The firms will say, ‘We want to give these investors access to this product.’ But what they want is more AUM; this is the game. They want more AUM, and they want it to be in steady, perpetual products. And these retail products fit the bill perfectly.”

Trend No. 1 in PE: Product Proliferation

”The original reason for product proliferation was when a number of [PE] firms decided to go public. When you’re a private firm, you can stick to your knitting. You can raise funds, usually growing your funds bigger and bigger but around the same strategy.

And that is enough for growth because you satisfy your constituents, which are your employees and your LPs. But when you become a public company, you have to grow in a different way.”

Trend No. 2 in PE: Banking Disintermediation

They abandoned a number of businesses they had been in previously because it wasn’t worth it and paved the way for a big expansion in private credit. […]

So this has created an opportunity for asset managers who can take a more tailored look at each situation and say, ‘We have a pocket of capital that’s set aside for this exact risk-return profile.”’

Trend No. 3 in PE: Democratization of Private Equity Products

”The idea is to design products aimed at wealthy individuals as opposed to institutions. […]

So there has been a proliferation of products including non-traded real estate trusts; […] there are non-traded BDCs (business development companies), which make loans to businesses. So those are basic opportunities that are private and would never be available to a public shareholder of anything — although there are public BDCs too.

And then, a wealth of other products in between that are being developed now. Apollo is entrepreneurial in terms of the number of products that it’s developing. […]

But the idea is to bring this large pool of assets under the umbrella of the alternative asset managers to allow them to manage it.”

[08:36] ”Even though private equity has high returns, there’s a relatively narrow opportunity in private equity. You can raise a big fund, but once you have a $25 billion fund, it’s hard to get a $30 billion [fund]. There’s a limit to how big these private equity funds can get.”

[14:02] ”From a regulatory standpoint, you can’t have a regular private equity fund and say, ‘I’m now offering this to my individual investors.’ Individual investors are required to have more liquidity options than an institution would.”

[16:55] ”If you think about what should be the promise of alternative investments, it should be a higher return in exchange for illiquidity and higher fees. That’s the definition of what you expect to get when you invest in an alternative product.”

Start with a few of our resources #004 – Housing: From the Great Recession to Today With Kevin Erdmann