As the pandemic recedes in the United States, half of the U.S. population has received at least one vaccine dose, and with most states planning for full reopenings, the light at the end of the tunnel seems to be growing brighter.

Unfortunately, the success of vaccine distribution has not been universal. With the initial doses being first delivered en masse to countries like the United States, the United Kingdom, and the United Arab Emirates, vaccine disparities between wealthier nations and the developing world rage on and are halting global efforts to stop the virus’s spread.

According to the World Health Organization, earlier this year, of the 832 million vaccine doses administered, 82 percent had gone to well-off countries. In contrast, only 0.2 percent had been sent to their low-income counterparts. So what has been the cause of such profound inequality?

In most developed countries, COVID-19 cases have eased, economies are ramping back up, and people are back in the swing of summer vacation. However, in many less developed countries, the virus has persisted on, often out of control, with vaccinations lagging. The contrast feels jarring.

Our research in the AlphaSense platform found an 83% increase across company docs and research mentioning “vaccine inequality” over the last three months. Vaccine inequality is a relatively new topic, but the number of mentions in AlphaSense is quickly accelerating as more news outlets, companies, and analysts focus on the ever-evolving problem.

Throughout the research mentioned above, we found that such profound inequality breaks down into two factors:

Starting at the very beginning of the pandemic, wealthier nations purchased vaccines and related materials to give out doses within their borders, leaving many developing governments behind on signing contracts with vaccine-producing firms.

Take the United States, for example. President Joe Biden recently saluted a historic moment in the fight against COVID-19 by announcing the U.S. would donate 500 million vaccine doses to poorer nations. However, it is difficult to overlook the 1.3 billion doses purchased as of March 2021, more than three times the adult U.S. population. Many experts would classify this purchasing behavior as “hoarding.”

Meanwhile, several nations have faced vaccine distribution challenges from Africa to Latin America, Asia, and beyond. Beyond finding enough doses, there have been severe logistical issues with delivery, problems over infrastructure, and hesitancy towards the vaccine itself. Back in April, we reported on the crisis in India, highlighting the havoc the country was experiencing in the wake of increased coronavirus cases. The horrific situation in India underscores the urgent need to expand investment and coordination of the worldwide vaccine supply chain and the infrastructure for responding to future catastrophic events.

As the delta between the rich and the poor widens, claims of vaccine apartheid grow hotter by the day.

With vaccine inequality continuing to dominate the conversation, intense criticism over vaccine nationalism has forced countries with large stockpiles to donate shots where they are needed.

Plans to donate vaccinations have been met with both celebration and hesitation, bringing up questions regarding whether or not the number of doses will even be enough to help poor regions. Some health experts and officials have expressed hope that donation pledges would encourage more donations, but the lack of rapidity with which these vaccinations are distributed remains a pressing concern.

COVAX, the global mechanism for equitable access to COVID-19 vaccines, has proven how difficult it is to meet vaccination promises. Though they have delivered over 70 million doses to 126 countries worldwide since February, severe impacts on supply due to the surge of the virus in India created shortfalls in the second quarter of this year – a whole 190 million doses short. Like many countries are pledging, COVAX emphasizes that they will have larger volumes available later in the year, but that still does not address the concerns over current unvaccinated populations.

The scarcity of COVID-19 vaccines around the globe puts the entire world in peril. As long as large populations around the world remain unvaccinated, virus variants will continue to materialize. The most significant fear governments and companies are concerned about are that a strain with the ability to evade existing vaccines will emerge. Economic models predict that many countries will not achieve widespread immunization until the end of 2022, echoing the fears of many health officials and experts.

Early competitive procurement of vaccines by wealthier nations fed into a widespread assumption that each country would be solely responsible for its population. Vaccine nationalism was severely underscored, as the manufacturing and distribution of COVID-19 vaccines and related supplies have become a daunting global challenge.

How nations are reacting to vaccine inequality and nationalism

In the last 30 days, “vaccine nationalism” has had a 22.98% increase across company documents and research. We came across several broker research documents mentioning the prevalence of vaccine nationalism and the potential negative impact on global economic recovery.

But, how are underdeveloped nations themselves responding to vaccine nationalism and inequality?

Below, we’ve found several key news sources that shine a light on how several countries are feeling, given the pandemic’s relentless persistence and a sluggish rollout of vaccinations. Some fear a surge in fake vaccinations, while others are grappling with a halt to post-pandemic recovery.

Experts argue that vaccine inequality is particularly dangerous for Africa because of its market for fake jabs. Both Cameroon and Nigeria have reported the circulation of counterfeit vaccines, further raising fears among people about having them.

“We regret the inequality globally in terms of vaccine distribution. Therefore, we have been dealing with direct procurement issues. This is very important,” Midence said at a forum of Latin American finance ministers organized by the Inter-American Development Bank (IDB).

That worries health experts, who say vaccine inequality could hamper India’s already difficult fight against a virus that has been killing more than 4,000 people a day in recent weeks.

“Inequitable vaccination risks prolonging the pandemic in India,” said Krishna Udayakumar, founding director of the Duke Global Health Innovation Center at Duke University in North Carolina. “Reducing barriers for the most vulnerable populations should be a priority.”

“The countries that produce them have very high vaccination rates, and Latin America and the Caribbean have much lower (rates),” he said.

That role has now been filled. In The Washington Post of April 6, Darren Baker, President of the Ford Foundation, writes: “An equitable vaccine rollout must prioritize the most vulnerable around the world.”

“Vast disparities are emerging in vaccine access both within countries and between them,” says Baker, “especially for Afro-descendant and Indigenous communities.

In Brazil, Indigenous populations are ten times more likely to die of covid-19 than the general population.

President Kenyatta said it is unfortunate that some countries have more Covid-19 vaccines than they require, while others struggle to access enough doses.

“Now this kind of vaccine nationalism that we have seen. We have seen the bias of withholding vaccines, where countries today hold 50 vaccines for every citizen. But, yet, you have countries that are struggling to give their citizens a single dose,” President Kenyatta observed.

Add “vaccine inequality” and other COVID-19 related Keywords to your My Searches within the AlphaSense platform and never miss a beat. Request a free trial to AlphaSense and access data from over 10,000 content sources. Sign up here. 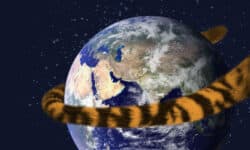